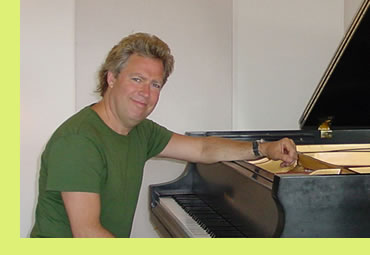 Chas Eller has been in the recording industry for 27 years. During that time he has recorded or produced over 500 LP's and CD's for numerous independent and major record labels, as well as creating music scores for clients such as Columbia Pictures, and Walt Disney. He has received three INDIE Awards for his recording production work on album projects, as well as worked on projects with Doc Watson and Dave Van Ronk which received 1991 and 1993 Grammy nominations respectively. In addition, he has produced several music specials for National Public Radio, including the 1988 Newport Folk Festival.

Chas currently owns and operates the state of the art 48 track studio in Charlotte, Vermont and has recently joined forces with Phish guitarist Trey Anastasio on another highly unique facility called "The Barn Studio, LLC." In addition to his studio work, Chas still occasionally performs with the internationally known pop-jazz group Kilimanjaro, as well as The Unknown Blues Band with B.B. King alumni, Big Joe Burrell. Chas recorded and produced both Kilimanjaro records, which made the "Top Five" for national jazz radio airplay. With these two bands he has performed across the U.S. as well as festival appearances in The Soviet Union, Holland, Switzerland, and Denmark. In addition, he has toured nationally playing with blues legend, Paul Butterfield.